No one has seen God except His Son, Jesus, according to the Holy Book.. This sacred writing is honored and respected, because of the source of everything known and created in this life. Moses said to the children of Israel, “I Am hath sent me unto you”. This only Supreme Being is the God Almighty. How many people seek or long for His presence? Everyone can know about God, but how many truly know Him intimately? Many people claim God, but do not reading the bible. In order to understand God, you must read His book, plus some historical facts to help in this process.. Below, you will find general information about God. It is your job to study them, so you can start your journey in this quest to believing in the story about the Word of God coming to the earth. His name is Emmanuel (Matthew 1:23).


“For God so loved the world, that he gave his only begotten Son, that whosoever believeth in him should not perish, but have everlasting life.”

I do not feel obliged to believe that the same God who has endowed us with sense, reason, and intellect has intended us to forgo their use.

How to use information below: You need a Holy Bible to look up the chapters and verses. Mediate by pondering each scripture. Rewrite the scriptures a few times to give you some clarity, or read the complete chapter for context clues.

You can read about God starting at Genesis chapter 1 through chapter 2 verse 4a. He has many diversities of operations , like speaking power, holiness, miracles etc., but the same God which works them all (1 Corinthians 12:6; Ephesians 4:6; Colossians 2:12). Theos (Masculine Singular Greek word for God). Elohim (Modern Masculine Plural word in Hebrew for God)

Yahweh 1869, hypothetical reconstruction of the tetragrammaton YHWH (see Jehovah), based on the assumption that the tetragrammaton is the imperfective of Hebrew verb hawah, earlier form of hayah “was,” in the sense of “the one who is, the existing.”

1530, Tyndale’s transliteration of Hebrew Tetragrammaton YHWH using vowel points of Adhonai “my lord” (see Yahweh). Used for YHWH (the full name being too sacred for utterance) in four places in the Old Testament in the KJV where the usual translation the lord would have been inconvenient; taken as the principal and personal name of God.

The vowel substitution was originally made by the Masoretes as a direction to substitute Adhonai for “the ineffable name.” European students of Hebrew took this literally, which yielded Latin JeHoVa (first attested in writings of Galatinus, confessor to Leo X, 1516).

a name of God in the Bible, c. 1600, from Hebrew, plural (of majesty?) of Eloh “God” (cognate with Allah), a word of unknown etymology, perhaps an augmentation of El “God,” also of unknown origin. Generally taken as singular, the use of this word instead of Yahveh is taken by biblical scholars as an important clue to authorship in the Old Testament, hence Elohist (1830; Elohistic is from 1841), title of the supposed writer of passages of the Pentateuch where the word is used.

Allah Arabic name for the Supreme Being, 1702, Alha, from Arabic Allah, contraction of al-Ilah, literally “the God,” from al “the” + Ilah “God,” which is cognate with Aramaic elah, Hebrew eloah (see Elohim).

Below are a few facts about God

Below are a few facts found from the Holy Bible[9] 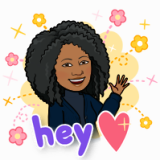