God blessed His creation, mist the ground, and the Lord God formed man from the wet soil. The Breath of Life (Lord God) gave life to the soul of man. On the third day, God planted a garden eastward of Eden and put the man there to garden the grounds with one exception: do not eat from the tree of the knowledge of good and evil; which is in the middle of this beautiful wonderful place.

The man named Adam with His wife, Eve has lived in paradise. In the presence of God, they had peaceful and contented innocence in the Garden of Eden without worries or cares. What a wonder? Our hearts sense that this is Heaven on Earth. Adam and Eve were in Heaven until they disobey the commandment of God, ate the forbidden fruit, and were cast out.

Why? Sin comes with the knowledge of good and evil that separate the created being from God. It will drive anyone to act like a god, which the Almighty God has never meant for, plus the other tree found near the tree of knowledge called the tree of life. Let’s read the scriptures for the answer in Genesis 3:4, “And the Lord God said, Behold, the man is become as one of us, to know good and evil: and now lest he put forth his hand, and take also of the tree of life, and eat, and live for ever. Therefore the Lord God sent him forth from the garden of Eden, to till the ground from whence he was taken.”

Today, men and women have that same spirit transferred to them, however, they have a choice to know the Spirit of the Living God or not. This story shows to mankind the true peace and purpose for the man and the woman created until the serpent introduces a question, “Yea, hath God said, Ye shall not eat of every tree of the garden?”

He knew the answer before tempting Eve to look upon the forbidden tree of knowledge. The old serpent called the Devil and Satan was cast out of Heaven where God dwells, because of the same desire to be wise, as Eve when she held the fruit in her hand. The “good and evil” exist because one of the trees is found in the middle of the Garden of Eden.

What does it symbolize for us today? The story tells us about the end of the war that took place in heaven. Please understand that the Garden of Eden was created on the third day of Creation (Genesis 1:12). Chapter 2 of Genesis express. in verse 5, “And every plant of the field BEFORE it was in the earth, and every herb of the field BEFORE it grew: for the Lord God had not caused it to rain upon the earth, and there was not a man to till the ground.” (V.7) “And the Lord God formed man of the dust of the ground, and breathed into his nostrils the breath of life; and man became a living soul.” (V.15) “And the Lord God took the man, and put him into the garden of Eden to dress it and to keep it.”

The issue arises with the following from verses 16-17: “And the Lord God commanded the man, saying, of every tree of the garden thou mayest freely eat: But of the tree of the knowledge of good and evil, thou shalt not eat of it: for in the day that thou eatest thereof thou shalt surely die.” The opposition stated this way by saying the following in Chapter 3 verse 4, “And the serpent said unto the woman, Ye shall not surely die:” The Woman took the fruit and ate it, and so did her husband. They both heard the voice of the Lord God walking in the garden, and became afraid. Why? Because they were naked, and their disobedience (sin) has stripped away the covering of the Lord God – their eyes were opened with knowledge of good and evil. Genesis 2:25 told us about their former state, “And they were both naked, and the man and his wife, and were not ashamed.” Remember God said in Genesis 3:11, “Who told thee that thou wast naked? Hast thou has eaten of the tree, whereof I commanded thee that thou shouldest not eat?”

The purpose of the serpent is to expose their nakedness through a decision to act on their desire to be wise. If you are wise without God, you are a fool. Self-deception has no truth, but the fear of the Lord is the beginning of wisdom (Proverbs 1:7).

The Devil was cast to the earth, because of his transgression. Adam and Eve were cast out of Eden, because of Eve’s transgression. Since she was created for man, he is responsible for what happened. I like it said this way from the scriptures in 1 Corinthians 11:11, “Nevertheless neither is the man without the woman, neither the woman with the man, in the Lord.”

Remember, I told you that a war took place in heaven: Michael and his angels fought against the dragon (the Devil) and his fallen angels. God’s Messengers with Michael prevailed, and cast the deceiver (Satan) and the demons (the fallen angels) into the earth. I believe that this question has been asked by many angels about man (or all mankind). Let’s read Psalm 8:4 and Hebrew 2:6: “What is man, that thou art mindful of him? and the son of man, that thou visitest him? Thou madest him a little lower than the angels; thou crownedst him with glory and honour, and didst set him over the works of thy hands; thou hast put all things under his feet.”

You can attest to the voice of God visiting Adam and Eve in the cool of the day, so we are on God’s mind. Glory Hallelujah! Elohim created man in His image and likeness, then give dominion over all the earth. Will you acknowledge the goodness of the Lord God in the land of the living? He has shown us with glory and honor and has put all things under our feet.

Prophecy has sounded loud from heaven saying this from Revelation 12:10-13:

“…Now is come salvation, and strength, and the kingdom of our God, and the power of his Christ: for the accuser of our brethren is cast down, which accused them before our God day and night.

11 And they overcame him by the blood of the Lamb, and by the word of their testimony; and they loved not their lives unto the death.

12 Therefore rejoice, ye heavens, and ye that dwell in them. Woe to the inhabiters of the earth and of the sea! for the devil is come down unto you, having great wrath, because he knoweth that he hath but a short time.

13 And when the dragon saw that he was cast unto the earth, he persecuted the woman which brought forth the man child.”

What is certain about the garden of Eden? Mankind had a choice to receive unfruitful knowledge or not. Since Adam was not deceived by the serpent (1 Timothy 2:14), I believe mankind was saved through the woman’s childbearing (Genesis 3:16). Through pain and strength in Jesus Christ, we can choose to love and worship Lord God without hesitation.

It is possible to regain heaven on earth or God’s gift of Salvation. 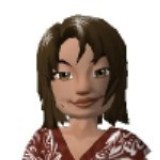 Comment or Type a Praise to the Lord Cancel reply